The Miosix board was designed in 2009 with the following goals:

It has mainly an historical purpose now. 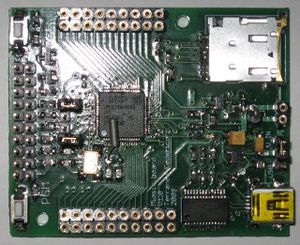 The board tries to be as general purpose as possible, containing only a basic set of on board peripherals, and breaking out all the microcontroller's unused GPIO on two dual-row headers at the side of the board. The board has the following capabilities:

The board schematic is available as open hardware, released under a creative commons license, and is available here (png format). 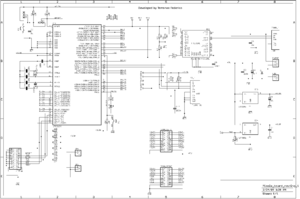 The minimum configuration required is to edit the miosix/config/Makefile.inc file to uncomment the OPT_BOARD := lpc2138_miosix_board line. If you had compiled the kernel before, it is recommended to do a make clean (or in the Netbeans IDE, to click on the "Clean project" button) to avoid leaving object files around. After, do a make to compile.

The LPC2138 microcontroller has a bootloader programmed by the chip manufacturer that makes downloading the code easy. To enter bootloader mode push and hold down the PGM button, push shortly RESET and then release PGM. The microcontroller instead of running user code, will run the bootloader and wait data on the serial port. However, the serial port on the Miosix board is converted to USB for easier interfacing with a PC.

On Linux open a terminal in in your project's top level directory and run make program. This is a rule in the makefile that calls the lpc21isp program to download the code to the board.

To flash the board using this bootloader on Windows you'll need the Flash Magic utility that can be freely downloaded. Once installed, open it and select the main.hex file in your project's top level directory, select as COM port the device name of the USB to serial converter (usually COM4), and lastly use 115200 as baud rate.

The Miosix board support package for this board redirects printf through the serial port which in turn is converted to USB by the FT232. The baudrate is 115200baud 8N1 format (8 data bit, no parity and one stop bit).

On windows you can use the terminal that comes with Flash Magic (Tools > Terminal), or HyperTerminal. In both cases you need to configure it to use the required baud rate, and no flow control, and the COM port device name (again, usually COM4).

The board has two jumpers above the microcontroller, labeled JTAG_EN. Close those jumpers and connect the JTAG cable of your in circuit debugger to the JTAG header at the top of the board.

This will start the OpenOCD program that will connect to the board and listen for GDB connections. If the connection fails on Linux, you may not have installed the UDEV rules for your USB to JTAG device. If this is the case, running OpenOCD as root will fix the issue.

The first command will start the gdb debugger. The following commands are typed into the gdb console, and tell it to connect to OpenOCD, reset the board and stop at the beginning of main() 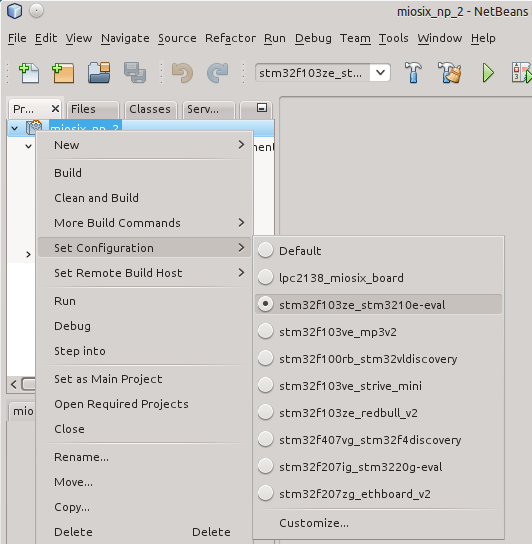